Home Blog ?Are you craving for the French fries 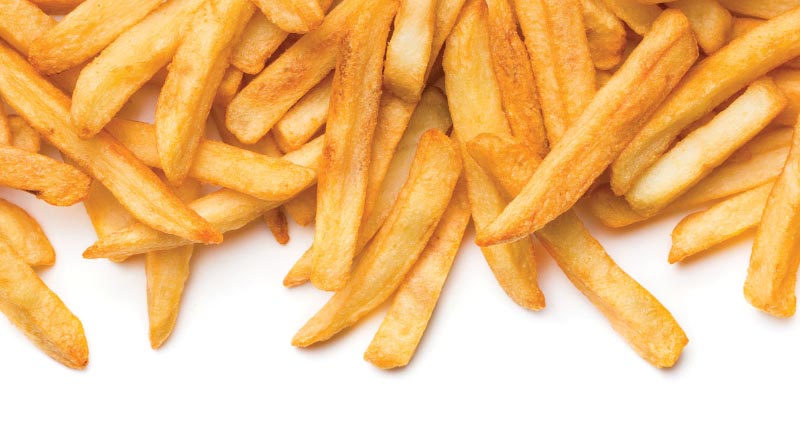 ?Are you craving for the French fries

Are you craving for the French fries?

It might have happened for you that sometimes you crave for a certain food so bad, for example, you crave salty foods, pastry or sweets.

That overly craving might be the symptoms of deficiency of certain vitamins and minerals or specific disease.  For instance, craving for water might be symptom of diabetes, or chocolate might be sign of the deficiency of magnesium.

In this article, we will discuss specifically why we crave for French fries and in general carbohydrate; which is actually sugar and starchy material that are available in foods. For instance, potato, rice, bread and pastry are good sources of carbohydrate. Although, that carbohydrate is one of the essential part of the food pyramid, and one of the most important energy source for human body, having too much of that in daily diet might cause some major problems which we will elaborate on that. Prior to that, let’s talk about why we crave for too much carbohydrate.

In 2009, through a scientific research, scientist found that carbohydrate might playing role in generating serotonin—happy hormon in brain. The result shows that those with less carbohydrate diet are more depressed, mad and anxious compared with those with more carbohydrate. Aforementioned information admits the significance of carbohydrate in our diet. However, the amount and the frequency of intake is important as well.

So, why people sometimes craving for too much carbohydrate? Scientists believe that the reason is relationship between carbohydrate and serotonin. Whenever you feel depressed, mad or anxious, the amount of serotonin—happy hormone is low in your body. Consequently, your body automatically carves for the carbohydrates to compensate that deficiency. That is why you are carving for pastry or French fries frequently.

You may ask what is the problem with consuming too much carbohydrate. The answer is that carbohydrate makes you gain weight and also it increases the risk of cardiovascular diseases. So, if you care about your health and your body, take descent amount of carbohydrate.

What should we do to cure the depression? That is so simple. Take dietary supplement products that do not make you gain weight or addicted to them.  Therefore, they will increase the rate of serotonin in your body and you feel better about life without consuming too much carbohydrate.